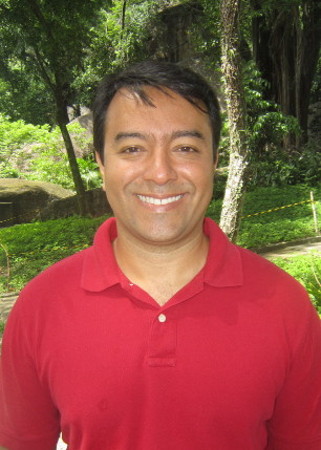 Warming up for carnival

After new years in Rio, all the attention goes to the next big event in the city: Carnival. By then all the samba schools have their song and theme ready to promote to their fans. In the months before carnival, the samba schools promote shows at their headquarters to help raise funds for the samba school and get people excited about the song. This includes the rehearsal of the bateria (drummers) who perform the school´s song for the upcoming parade and also popular songs from previous years. During the official parade at the Sambodromo, a samba school´s bateria can include hundreds of performers. The money collected on these shows are used for the preparation of the samba school to perform in the Sambodromo.

If you are in Rio during this period before carnival you can check out a bateria practice session at one of the samba schools. On Saturday, January 7 I took a small group from an American university to the Salgueiro samba school, one of the most popular in Rio. 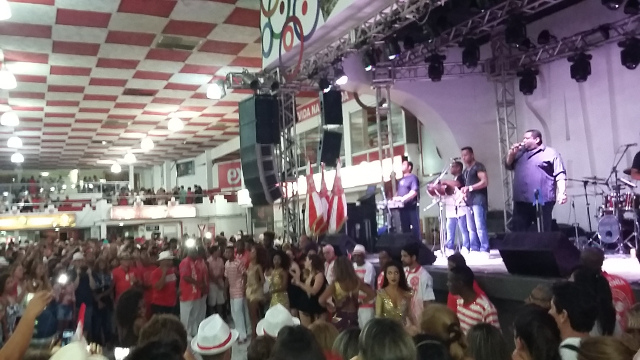 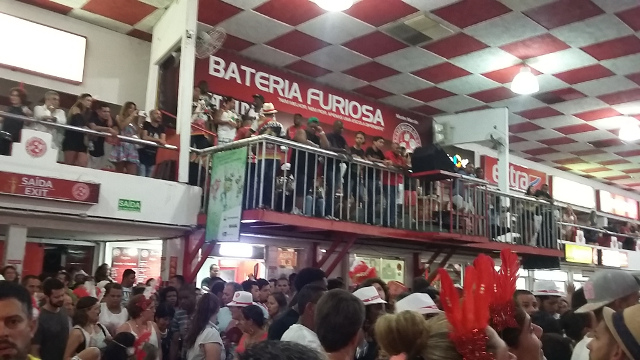