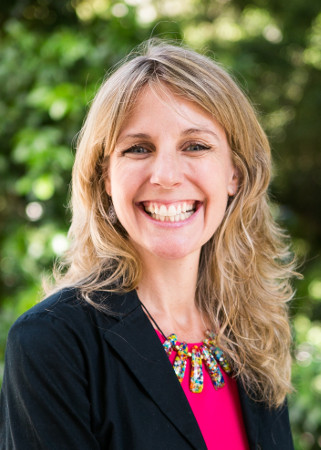 Last week we traveled up to Manaus, located in the north of Brazil, to prepare some things for a university group traveling there in a few months. It had been a few years since we were last there and were pleasently surprised by the improvements.

Manaus, only accessible from other parts of Brazil by river or plane, is known as the gateway to the Brazilian Amazon. Visitors usually spend a night or two there, before venturing off to stay at a jungle lodge or do a jungle cruise. Today Manaus is home to many multinational factories that came when it was a designated tax-free zone (which no longer exists). While it is located in the middle of the Amazon Forest, Manaus is a town of 2 million people. The Brazilian Amazon is huge though. Imagine a map of the United States and then draw a north to south line where Colorado is. Imagine from that line all the way to the coast of California being completely covered by forest. That is how much of Brazil is covered by the Amazon Forest. Lush, dense forest. Full of nature, full of life, full of water. So much water! It is impressive. 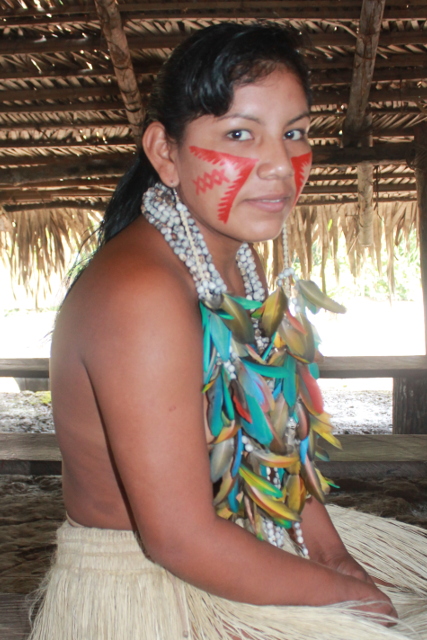 We visited a local indigenous community that lives on the riverbanks. It is made up of families from six different tribes who, about 10 years ago, traveled 600 miles down the river in search of a better life. Today their primary source of income is generated from visitors who donate money in exchange for a visit or overnight stay in a hammock to learn more about their traditional customs.

In addition to the tribe's first language (which is different for each one), they speak Tucano as a common language amongst the community. Some of them also speak Portuguese. On a day-to-day basis, they wear casual western clothing, but during visits, they dress in traditional outfits like this, reserved for special ceremonies.

They grow their own food on the land and purchase some staple items from Manaus. The children attend a nearby school. Forget the bus though – the school boat transports them. 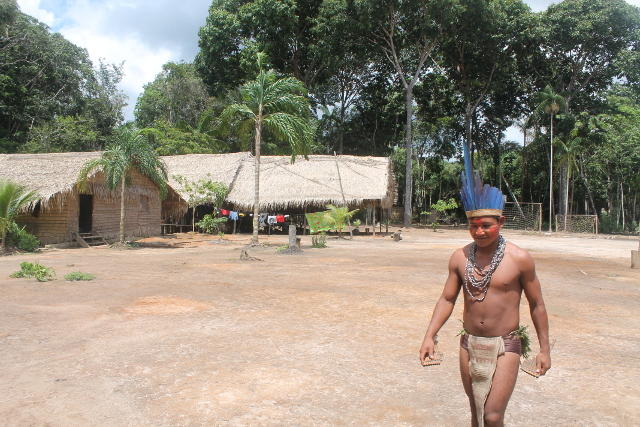 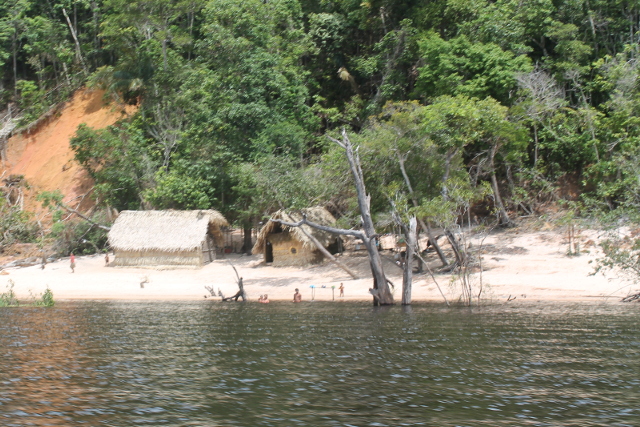 Meeting of the Waters

The Meeting of the Waters is about an hour boat ride away from Manaus, depending upon the type of boat and water conditions. This natural attraction is where the dark waters of the Rio Negro meet the lighter waters of the Solimões/Amazon. Depending upon water level, the rivers can flow side by side for miles without mixing. Why? The Solimões flows twice as fast, while the Rio Negro is denser (particles) and a few degrees warmer. On a side note, because of the different pH levels, the Rio Negro has fewer bugs so mosquitos are not as much of a problem as on the Solimões/ Amazon. 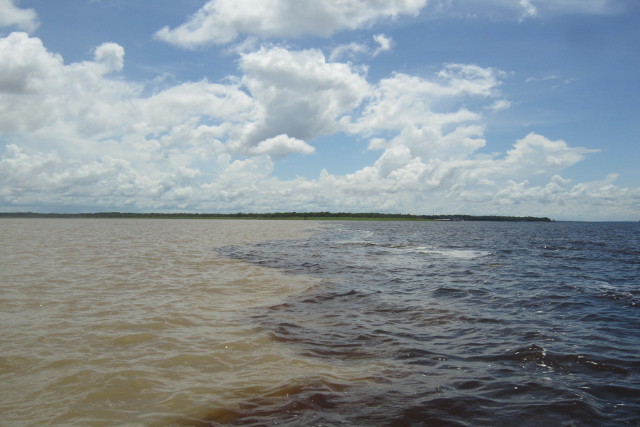 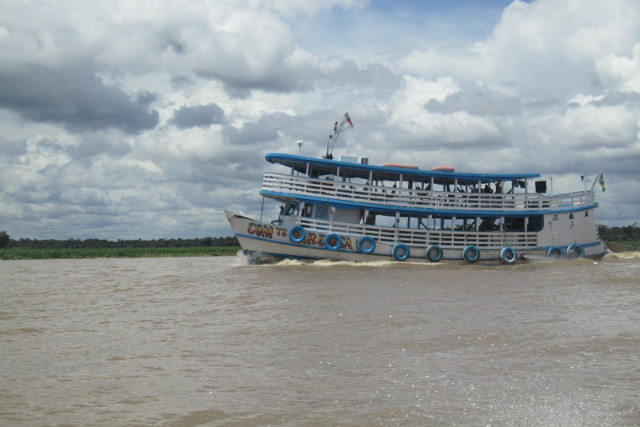 We visited the rubber museum, a former film set that was modeled after a home of a rubber baron. Manaus was the center of the rubber boom in the late 1800s. With the new Ford Model T rolling off the production lines in the early 1900s, rubber was in a great demand to produce cars tires and other textiles. Rubber barons (mostly from Europe) came to the Manaus to get rich quick, as this was the only place at the time where rubber trees grew. Rubber trees were scattered throughout the forest and extracting the rubber from the trees was a tedious job, done by Brazilians who went there seeking work during the boom, but ended up being enslaved. The rubber tree seeds were later taken to Malaysia where they were grown in plantations and therefore easier and cheaper to harvest, which led to Manaus's decline. 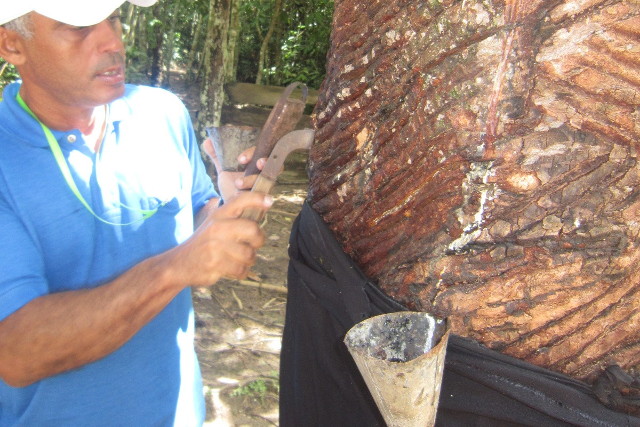 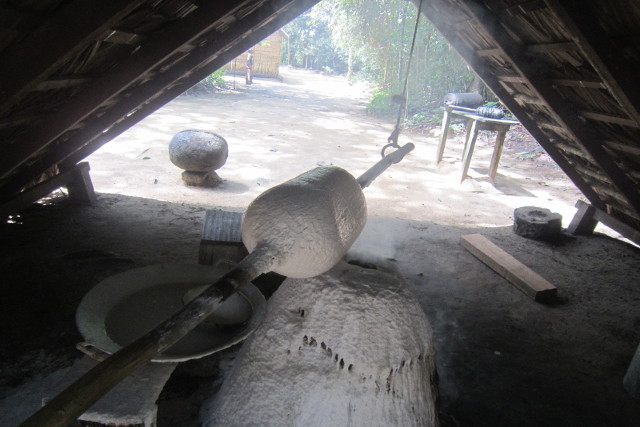 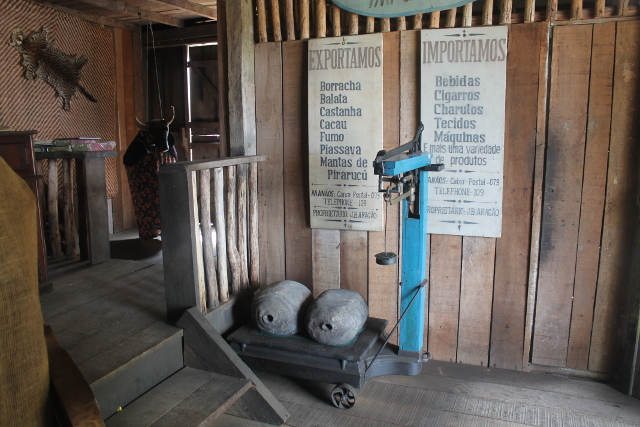 When Manaus was at its peak, money poured in. It was the first Brazilian capital to have eletricity and street cars. The highlight of the cultural scene was the Teatro Amazonas. Nearly all of the materials used to build the facade and the intricate interior décor was brought from Europe – steel walls from Scotland, chandeliers and mirrors from Italy, furniture from France. In front of the Teatro Amazonas is a lovely little square where locals gather. 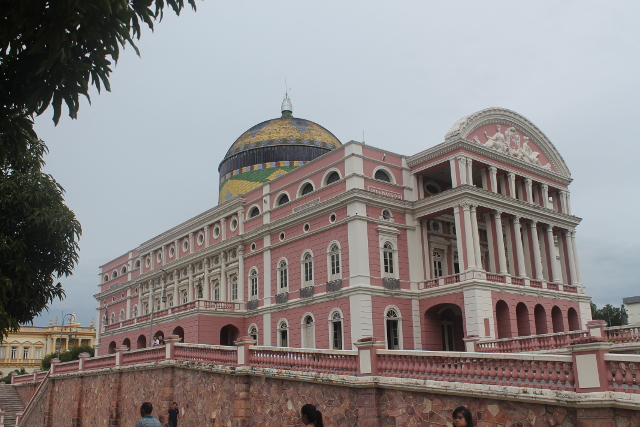 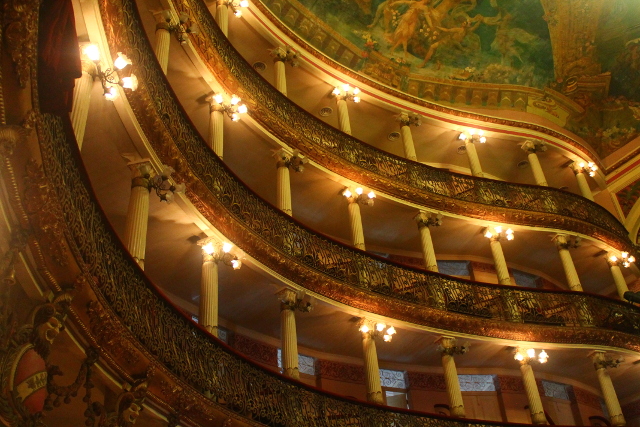 Gilberto and I have traveled extensively throughout Brazil, and occassionally we ask ourselves, “are we really still in Brazil?!“ Keenly aware of all its diversity, sometimes we are still surprised at what we see. Wandering the streets around the Manaus markets was one of those times. Located near the port and within a short walk of each other, we visited the impressive Feira de Banana, Feira da Manaus Moderno and the Mercado Municipal. The markets did not disappoint – we loved the energy of all the people, the sounds, the smells. 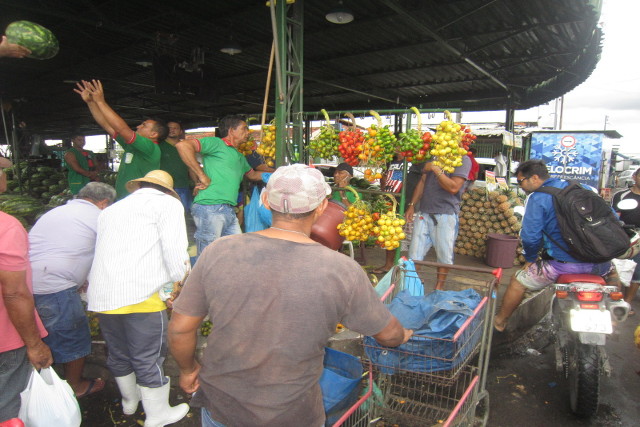 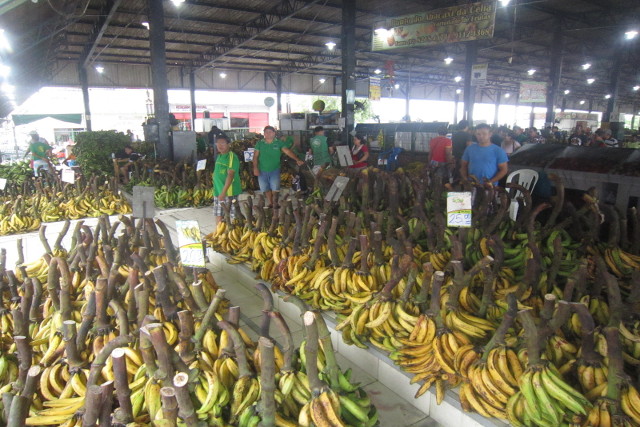 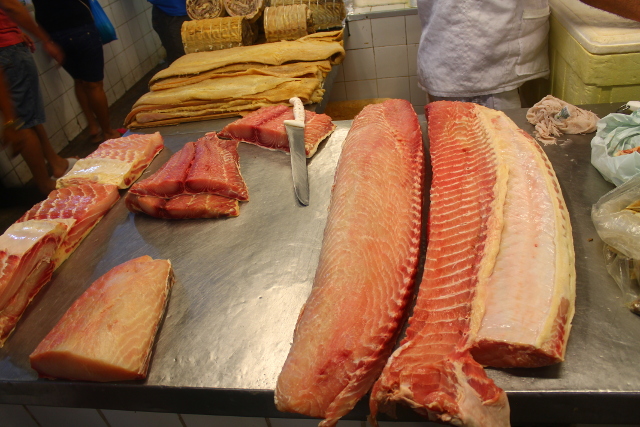 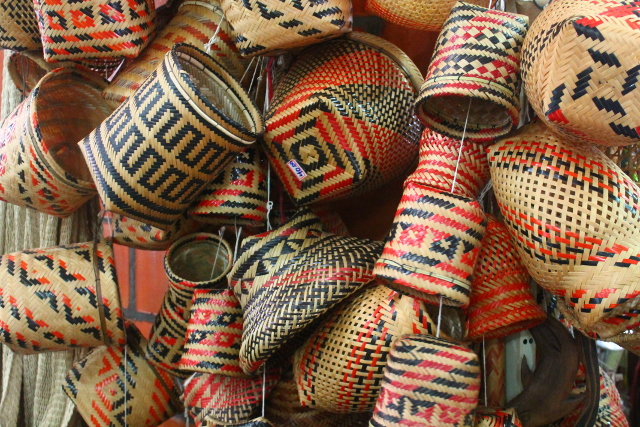